【南華早報】Nearly 65,000 Hongkongers have applied for BN(O) visa scheme so far amid exodus under national security law

Home/【南華早報】Nearly 65,000 Hongkongers have applied for BN(O) visa scheme so far amid exodus under national security law
Previous Next

【南華早報】Nearly 65,000 Hongkongers have applied for BN(O) visa scheme so far amid exodus under national security law 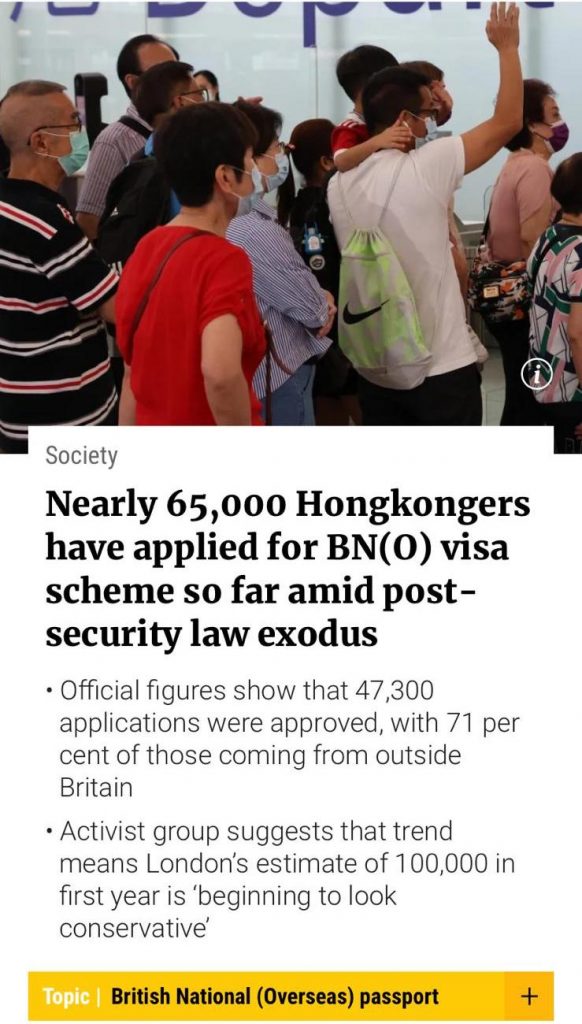 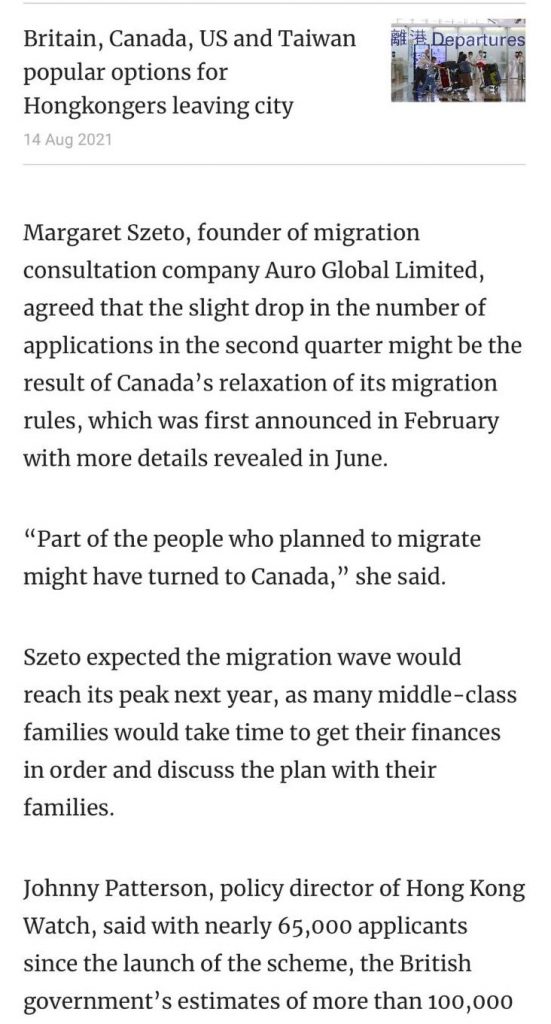 Around 64,900 Hong Kongers applied for a new pathway to British citizenship in the first five months of the scheme, with 47,300 approved, continuing a wave of emigration after the introduction of the national security law.

Some 71% of those applications for the British National (Overseas) visa scheme were filed from outside Britain, while the rest were made inside the country, according to official figures released on Thursday.

However, the number of applicants for the scheme from April to June – 30,600 – was down slightly from the 34,300 recorded in the first two months since its launch on January 31.

The figures revealed a trend towards an exodus of residents applying for the new visa, which Chief Executive Carrie Lam previously shrugged off, saying the city had a “prosperous future” ahead.

Britain launched the visa in response to Beijing’s imposition of a national security law on Hong Kong, one London said raised human rights concerns and constituted a “clear and serious breach” of the agreement under which the city was returned to China.

An estimated 5.4 million of Hong Kong’s 7.5 million residents are eligible to apply for the scheme, which allows those with BN(O) status and their dependents to live, work and study in Britain for up to five years, and to apply for citizenship after six.

Margaret Szeto, founder of migration consultation company Auro Global Limited, agreed that the slight drop in the number of applications in the second quarter might be the result of Canada’s relaxation of its migration rules, which was first announced in February with more details revealed in June.

“Part of the people who planned to migrate might have turned to Canada,” she said.

Szeto expected the migration wave would reach its peak next year, as many middle-class families would take time to get their finances in order and discuss the plan with their families.